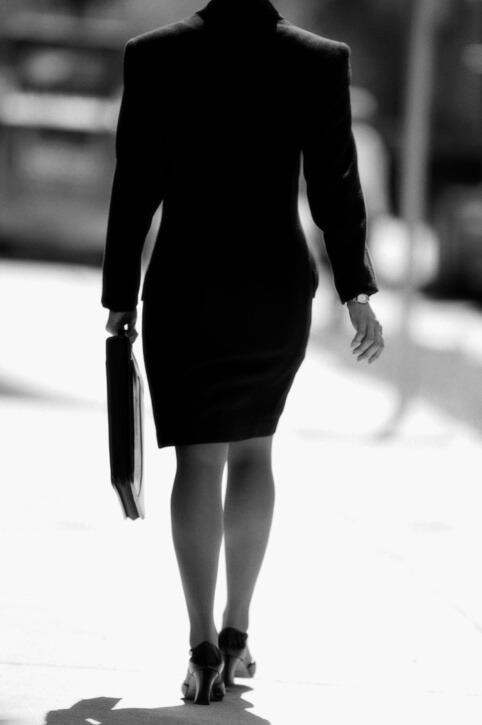 Nick: It must be really, really difficult to be 50 and over and find yourself unemployed made redundant whatever and trying to get back into the workforce.

Kayley: Try reinvent your CV and yourself well someone who knows all about it is Julie Hyne she’s a personal branding expert and stylist for executives and for people who are transitioning into new careers and she knows only too well the frustrations people experience when they’re trying to land that job. In a perfect world we would only be judged by the work we do but that’s not the case is it Julie?

Julie: No unfortunately it’s not Kayley.

Julie: Hi no it’s not look people are also judge by how they present and that can actually have a very big bearing on whether you actually considering for [unclear] or whether you will have passed by the next [unclear] in it.

Kayley: We all know about things like you know piercings and visible tattoos and stuff like that, but it can also come right down to having an unprofessional hairstyle or too much makeup those sorts of things it’s pretty common sense isn’t it when you think about it I think it is.

Julie: Well yes I mean it is common sense and we think it is but if you put yourself in the position of being you know a person who’s been out of the workplace for a while coming back in, then for them it’s very daunting and it’s confusing because the rules have changed actually over the years as to what acceptable and what potentially not acceptable and in some cases rules have been relaxed and so what they might have thought was the right appropriate dress to wear into an interview back then may not necessarily be the case now so it really does pay for them to do a little bit of research suss it out  little bit before they actually go in.

Nick: Julie I understand believe it or not bad breath is an issue.

Julie: It can be yes and unfortunately a lot of people aren’t aware that that’s going on. Same as body odour and perhaps wearing even a fragrance which is a little bit overpowering too, we all like to try and put those things on to make a good impression and for people to think that we’re presenting in the right way but sometimes it can be a little bit overdone, butless is best with a lot of those things but obviously you know personal hygiene is something which is a really big issue and it’s one that has to be dealt with very well.

Nick: What about perfume and aftershave?

Kayley: I used to work with a guy in a previous place a young guy and he wore so much after shave that after you walked past him you’d walk through this cloud of it. It was that overpowering, a really lovely guy and just think oh why doesn’t someone tell him but. Yes, same with women as well I did I don’t how do you say that in a nice why I mean I guess just sort of pull him aside and listen but I didn’t want to do it.

Julie: Look at education thing with a really good fragrance it should settle on your skin and even though you can’t smell it other people still can. But a lot of people think that if they can’t smell it no one else can.

Nick: Aren’t you supposed to spray it in the air and then walk through it?

Kayley: Correct me if I’m wrong Julie but proper French perfume you supposed to spray and walk through it, and the little bubbles of fragrance settle on you. And as they warm up they burst and that’s where the fragrance comes from so none of these three or four sprays all your hair like my mum does and it’s just too much.

Julie: And some people can’t take fragrance on their skin not often it suggests to those but people to spray the fragrance on your clothes because it will actually stay on the clothes as well. But a lot of people are sensitive to some of the fragrances so its just being considerate to other people actually when you’re choosing a fragrance just be mindful that less is best and if you can just get a hint of it as you walk in the room then that’s okay but certainly if its overpowering it’s not a good thing.

Kayley: Yeah now you’ve got three tips for looking your best in an interview what are they?

Julie: I have a look there’s been a lot of studies going on at the moment but make sure that when you present that you pressed your clothes before you go in, if you go in with a wrinkled shirt for example you know that really indicates to people that perhaps you are a little bit tardy and that might be a reflection on you some other work habits that you that have so it’s really important that you look nice and clean and crisp. Be careful as not dressing too casual for the workplace, and ther are very different dress codes when we consider business casual there’s a sliding style I suppose of being ultra-casual as we moved up the ladder to being professional and it’s really important to try and get that right because a lot of different industries have different dress codes and cultures in their organization and what might seem to be business casual in one industry maybe completely different for another, but it is important to get an understanding of the nature of the industry, the culture of the organization that you are  going into so that you sort of fit in when you go in.

Julie: Absolutely and that’s what I mean like different industries, different organization have different cultures different dress code and what applies to one may not necessarily to apply to the other.

Nick: At JB HIFI have you been to one recently it’s compulsory to have tattoos and piercing and pink purple hair, it is.

Julie: Yes maximum of 3,  if you stick to that rule of having you know the three maximum then you’re not going to have anything that becomes a distraction to other people and yourself as well so just simple less is best. and smart and professional and you really can’t go wrong and make sure that everything you’re wearing is actually current and doesn’t look like it’s comes from 20 years ago, because that can be a dead giveaway to that you know you’ve been out of the workplace for a while and that could be a reflection on other things and other work habits that you do as well.

Kayley: Clean shoes make they are polish carry good pen in your folder not a big pin. Julie we’ve run out of time. Thank you so much they’re great tips and really helpful and I thank you for sharing them with us.
Audio Finish

Get in touch with Julie